Try to get the biggest score as possible on HARD MODE!!!

Solo-developed game. I Programmed the game and made all the sprites (besides the zombies) using Krita + Gimp + Inkscape, credits to the following persons/groups:

Ben Tristem and his Co-Workers: Some Features were developed following Ben Tristem's course, in the Laser Defender Section, big thanks to him and to his co-workers.

I got all the sounds from the FreeSound.org Website:

Running Sound: Made by the user Stintx

Item Pickup sound: Made by the user TreasureSounds

Levelup Sound: Made by the user soneproject

Both Small Zombie Sounds: Made by the user missozzy

Huge Zombie Attacking Sound: Made by the user LittleRobotSoundFactory

Huge Zombie Getting Damaged: Made by the user Michael Klier

Thank you for every other FreeSound member that uploaded their production under Creative Commons zero license.

I would like to thank my friends that kept giving me feedback regarding the game and helped me to find bugs and to improve it, also, to the members of the Gamedev.tv forum and the Indiegamer Forum for the feedback, and in special to the user Osmosis D. Jones who was actively giving me feedback and discussing ideas regarding this game.

Thank you for playing my game, I'd be very happy to have your feedback,

Dude! This game was amazing! Did you made this with knowledge you acquired in Rick's and Ben's 2D course? My Laser defender game turned out to be just a generic copy but this game is really well put together!

Hey, thanks for playing my game!

Yes, I did it while I was going through that section, but it was the first version of the laser defender section. It took me three months if I'm not mistaken and I had no previous experience with unity. It's totally worth implementing our own mechanics and delving a bit on our own, I learned a lot in the process. 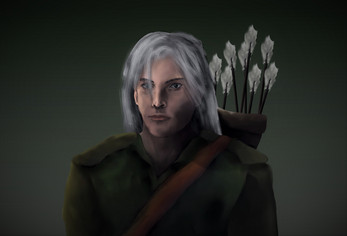